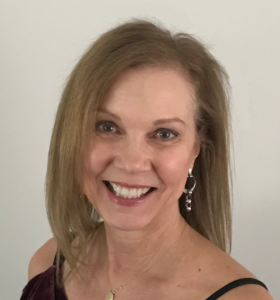 SOME HIGHLIGHTS FROM MY LIFE:

I have spent most of my life in the professional dance world.  After training at the School of the Garden State Ballet, graduating HS from North Carolina School of the Arts and performing with North Carolina Dance Theatre as a student, I worked for Pittsburgh Ballet Co and as a soloist for Garden State Ballet.  As a ballet dancer I learned to see dance as a moving painting, every moment another painting, each one important. I was most focused on technique, line, expression, flow and rhythm, but I was always aware of my contribution to the “painting” as a whole. I appreciated the space of the enormous theaters, the beauty of theatrical lighting, and the textures of the costumes.

In the middle of 1978 I found myself in LA without a dance job, leading me to take a position as a cocktail waitress at The Comedy Store in Hollywood for almost a year. It turned out to be a truly transformative experience. The Comedy Store was a gathering point for some of the most talented artists in the world, including the young Robin Williams, Jay Leno, David Letterman,   and dozens of others. I was amazed by the comics’ ability to find humor in just about anything, and it connected me to my own fun loving spirit. I loved being surrounded by such creativity; I was inspired by the daring “push the envelope of what was socially acceptable” spirit. It was totally different than the disciplined world of ballet that I had been brought up in. That year also turned out to be a transforming year for all of stand up comedy because of a drama that played out primarily at the Comedy Store.  The story is documented in the book “I’m Dying Up Here”.

In the eighties I worked for Luigi’s Jazz Co in NYC performing in venues like Palladium and Studio 54.  Connecting to the strength, flow, and sexuality of Luigi’s Jazz Technique was so natural. There was an energy of excitement in this world that suited my spirit.  Luigi taught musicality by instructing to “put your hand on your heart and listen to the sound of your soul”;  a lesson that has deepened throughout my life.  He was the creator of the first codified jazz technique and it was an honor to be trusted to teach his technique  at his Broadway studios and  other locations including The Joffrey School and Princeton Ballet School.

With my performing career nearing its end, I attended NYU Gallatin and received a BA with dance emphasis.  Simultaneously, I studied at the Dance Notation Bureau in NYC (the oldest non-profit dance organization in the country) and became a Certified Dance Notator and Dance Reconstuctor (another word for director). The DNB hired me onto their faculty where I worked for several years, and also began a long relationship with them as a freelance reconstructor, setting ballets and modern dances for professional companies both nationally and internationally, specializing in Antony Tudor repertory.  I also worked on the “Balanchine Project”  as a notator,  collaborating with NYC Ballet.  Some of my paintings are inspired by the symbols of the language of Labanotation and the many  dance scores I have either studied or notated.

In the late 80’s I was hired on to the faculty of Montclair State University, in New Jersey, where I worked for over a decade, teaching a wide variety of dance and dance related courses, including staging works for the student concerts through the Govenor’s Challenge for Excellence Grants.

In 1989 my daughter was born and in 1992 my son was born.  It was during this time that I first developed migraine headaches, a hereditary disease that runs in my family.  As the years went by, the migraines increased in frequency, duration, and intensity — eventually it was impossible to keep a teaching schedule, or even any other kind of schedule.  It seemed like everything I loved and was connected to in the art world was slipping away. For a while I felt like I had lost everything.

I am lucky to have found my way to the very best medical care, and that has helped, and in my search for alternate therapies I also was first introduced to  meditation by a wonderful spiritual teacher. Meditation opened the door to so much more than just pain management. It has helped me to stay strongly connected to beauty, love, compassion and gratitude. It has guided me to the doors of many new and powerful experiences including  art through painting and psychedelic medicine.  My life has always been in service to the creation of beauty, and I have learned it can be found in the midst of a migraine headache or even in the darkest of emotional places.  Often my paintings are inspired during or in close proximity to the time of a migraine.  At these times it is not usually pain itself that I want to explore  but rather the grace that can be found in  moments of both physical and emotional suffering.

Painting can be meditative and connects me to all the same things that were always part of my life as a dancer, reconstructor, and teacher. The striking contrast is that the many moments of the “moving painting” of dance are fleeting. They are viewed once and then gone.  It will never be the same again. A painting captures one moment, which remains, for some time, unchanged.  I am passionate about both worlds, and I feel so lucky to have a life that has allowed creativity in both!